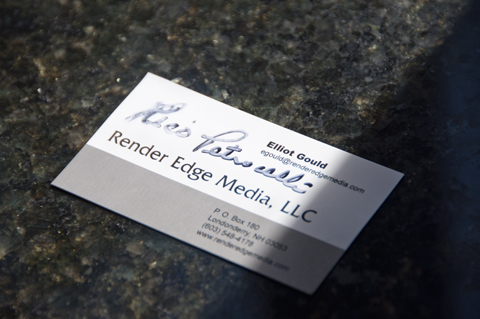 Rico Petrocelli autograph When I signed up for a booth at the 2011 Cross Border Expo in Rockingham Park, NH, I didn’t realize that I would get the chance to meet a true Red Sox legend. A week or so before the event, I received an updated announcement from the Salem, NH Chamber of Commerce announcing that Rico Petrocelli and the two recent Red Sox World Series trophies would be making an appearance at the Expo. I didn’t think much about it at the time except that I thought it was a great idea to help bring in foot traffic. Then, of course, Rico arrived.

I had left the booth to see if I could drum up business from some of the the vendors on the expo floor, when my wife started waiving me back to the booth. It turns out Rico was in our booth commenting on the videos running on the big display! Oh, I missed an opportunity to have a picture of Rico Petrocelli in our booth in front of our logo. Oh well. So I grabbed my camera and followed him to the table the arrange for him to sign autographs and have pictures taken with him. 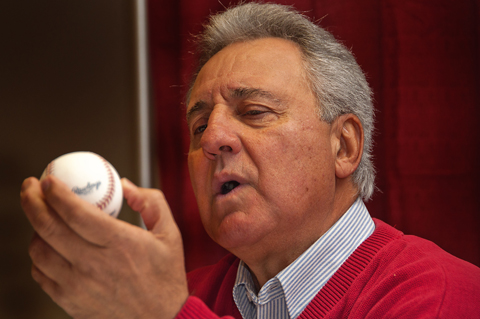 I was stuck by how kind and unpretentious Rico was. He engaged everyone who wanted to talk, and he carefully signed everything that was handed to him. I quickly realized that I could have brought one of the many baseballs I had gotten with the kids at Fenway Park over the years, but it never dawned on me prior to the expo.

Photo For a Friend

Later in the evening, a friend swung by our booth to chat, and he told me he brought a baseball with him to have Rico sign it.

So I offered to take a photo of him with Rico. When we got to the table, there were only a few people in line. When it was my friend’s turn, there was no one else around, so we just started chatting with Rico on a wide variety of subjects. He was so nice. Not in a hurry and genuinely happy to talk with us. After a few minutes, I thought it would be silly not to leave with something signed, so I pulled out a business cards which he promptly autographed (see first photo). 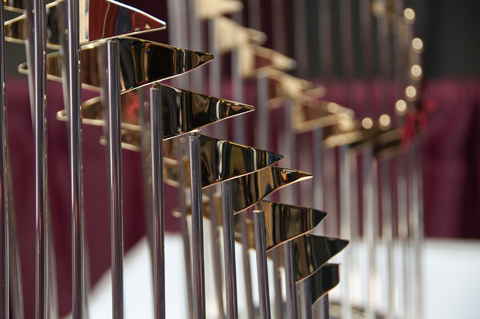 The other bonus was seeing the two recent Red Sox World Series trophies. People were allowed to stand behind them and have their picture taken with them. I was having fun taking creative shots of the trophies when someone nicely volunteered to take my picture with the trophies. Very cool! I noted with interest that the Red Sox ambassador was quick to point out that the Yankees do not lend their World Series trophies out to be seen by the public. I wonder why?

The expo appeared to be well attended by the public, but our customers are typically other businesses. However, we did get a few visitors to the booth were other business owners. We also made some excellent connections with many of the other vendors that attended the expo. Overall, an excellent night. 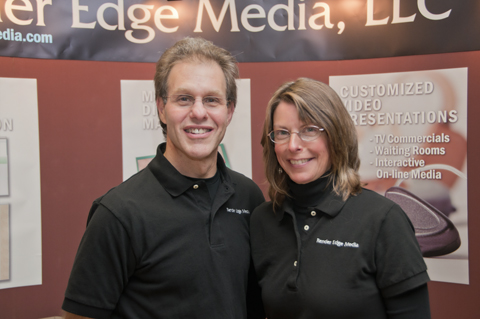 Melissa and Elliot Gould at the Cross Border Expo.