I am very happy to announce the completion of my first car dealership commercials!

Comcast Spotlight was kind enough to introduce me to Rochester Toyota to see if I could bring a fresh approach to their spots. After meeting with the owner, Lisa Casaccio, I was challenged to write several scripts to see if they would meet her expectations. I produced four spots which I reviewed with her in person. I prefer a face-to-face meeting because it winds up being much more efficient for everyone involved. 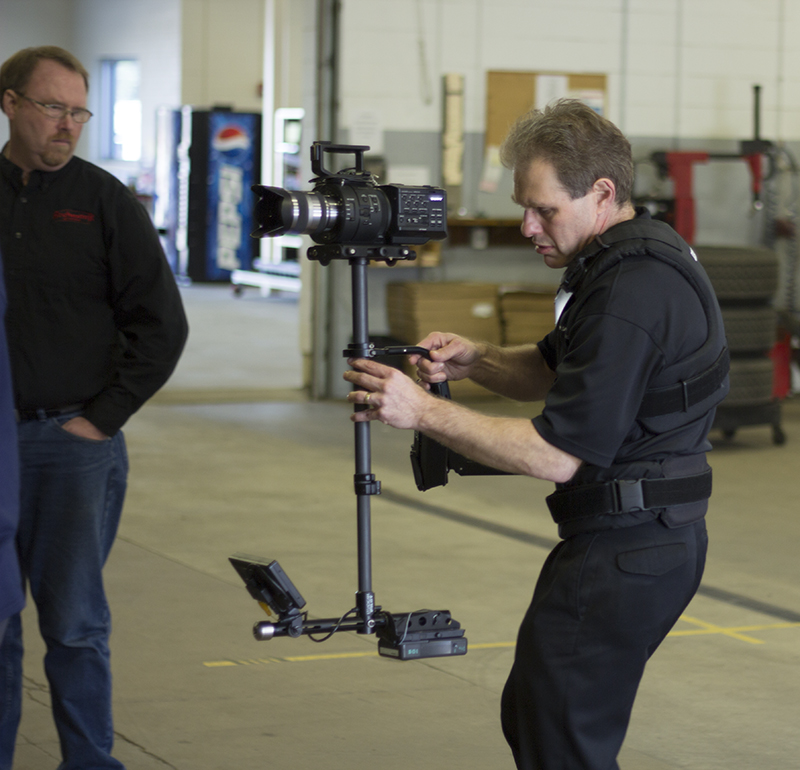 With an in-person meeting, I get to voice the spot live with a music backing track. The client gets to hear the intended intonation and pacing, and also how the copy fits within the 30-second window. I also get to share the philosophy behind why the scripts were constructed a certain way. This also fosters a healthy exchange of ideas, and the scripts get optimized very quickly and completed. We also get the chance to discuss specific visuals – both what I was thinking and the client’s thoughts on what they would prefer to have in the commercial. This feedback is essential to make sure the spot will contain what the client wants. In my experience, sending the scripts to the client without that interaction has been a rocky journey at best because the client starts re-writing the spots, but then never finishes, or, worse, they don’t understand or take in to account the 30-second time limitation. This leads to even more re-writes and ultimately delays the process further.

During the in-person session with Rochester Toyota, I mentioned the “cool-looking classic car in the service area.” The owner was very proud to tell me all about the 1939 Hudson Terraplane, and how it has been in her family for years. This led to an idea for another spot that wound up being filmed (see above). Without the in-person meeting, this commercial would never have been conceived of let alone seen the light of day. I really love the spot and, in particular, the slider shot of the Hudson to the Camry.

This video shoot was executed with a second videographer who had a Canon 60d. We were very conscious of making sure the exposures and white balance were maintained between the two cameras. This turned out to be tricky because the cameras were in violent disagreement on what color temperature they each should be set at. We typically used a value halfway in between the two temperatures reported by each camera. For the most part, this worked well in post-production – not much color correction was required to match the footage. 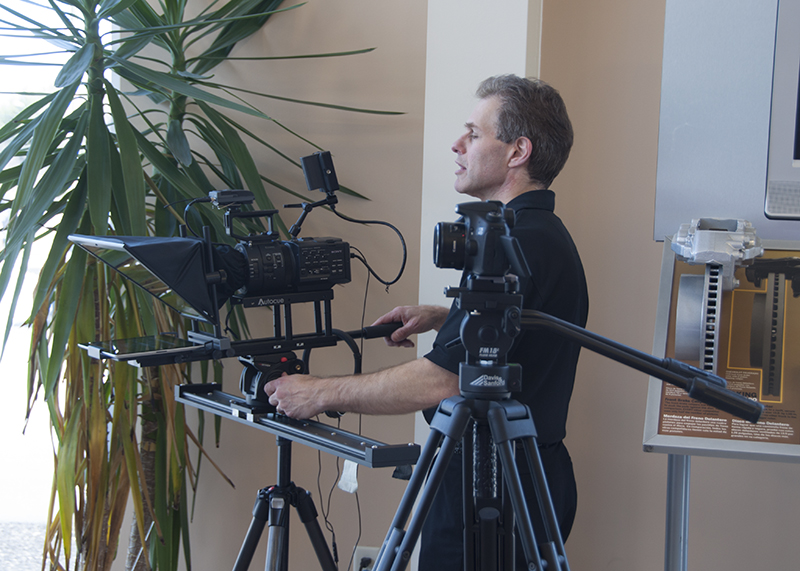 Pulled Out All The Tricks

To give the videos a polished, high-production-value look, I used both a slider and the Steadicam. Both of these tools add a certain gracefulness to the videos that seemed very appropriate to promote a sophisticated look for the dealership. For the owner, we used a teleprompter so she wouldn’t have to memorize her lines. This is essential. Nothing is worse than trying to piece together a scene when each and every take is different in some way. An iPad is used running Teleprompt+ software mounted on an Autocue teleprompter system. This has been a great investment. My only complaint is that the iPad is not bright enough. It works, but I would prefer something that would not be so hard to use in sunlight.

In the same week, I also completed a two-commercial series for an auto repair and maintenance service business, Al’s Automotive & Truck, out of Exeter, NH. This was also a two-camera shoot, but no teleprompter was required.

We did run into a weather issue in the morning when we filmed the outside shots before we were scheduled to film inside. It was overcast and did not yield the best results. So after the shoot was completed, I decided to return to the service center after lunch to re-film some shots outside. This was worth it because the sun was brilliant and made for some outstanding shots that were used in the final production.

Feedback from the owner on the first review yielded a comment about one of the service employees who had a black fingernail. At 0:10 in SpotA, the technician is using a diagnostic display and the owner did not like his damaged fingernail showing up so predominantly. I loved the shot, so I was motivated to keep it. So I brought the footage into After Effects and used a clone of the his thumbnail to re-color the offending digit. Given the short duration of the scene (less than 2 seconds), it was quite easy to rotoscope the replacement nail by hand. I was thankful to have the special effects experience so I was could salvage the footage.

I also used a “cool” or bluer look to this spot, and used a bit of sharpening throughout. This emphasizes the toughness of the employees and I thought better matched the metal and tools throughout the piece.