Cinemagic and the Big Night out 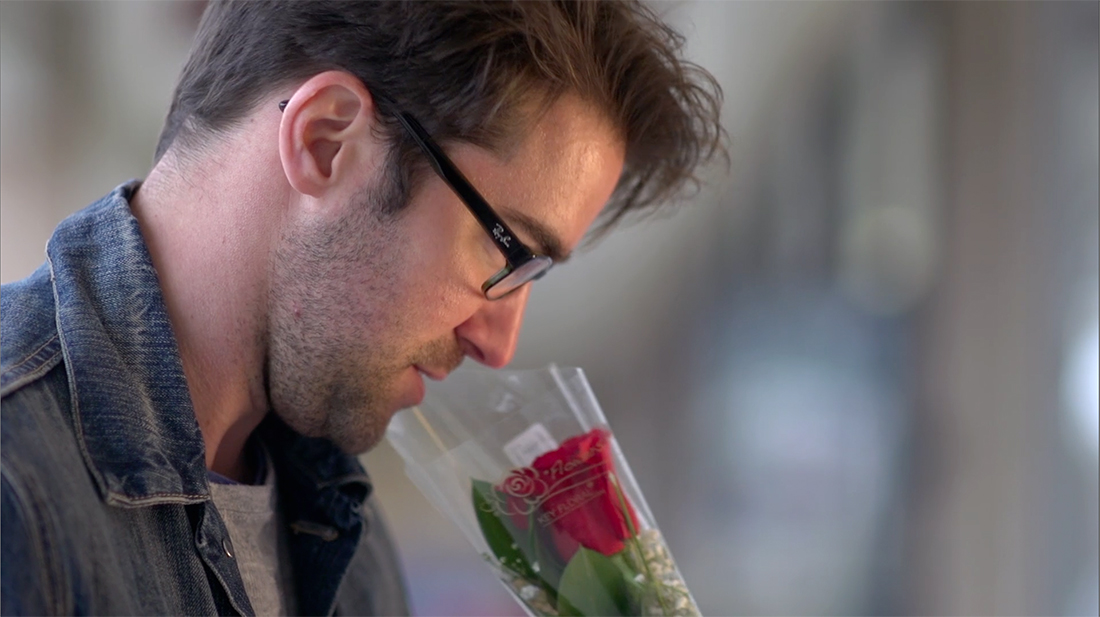 This shoot was a bit more complicated than most. It required two locations and a night shoot. We also hired two professional actors to play the leads, as well as for the voice over.

The opening scene was shot in Cinemagic’s corporate office (Zyacorp is the parent company located in Bedford, NH). Afterwards we all hopped in the car and drove to the theater in Portsmouth, NH. There the Cinemagic folks sweet talked one of their neighbors into letting us tap into a power outlet to light the scene purchasing the flower. You’ll notice the warm light on the actor’s face. If we couldn’t light him, then he would have been very dull and would not have stood out from the surroundings.

We then moved the shoot to inside the theater as we waited for night to fall. We started with the lobby shots. Cinemagic brought in friends and family to pose as the “extras” scattered throughout the lobby. They were well taken care of with plenty of popcorn and drinks. I thought the Dad eating the popcorn at the counter was quite nice, but his first take was a fist full of popcorn that reminded me of the Blue Man Group, and I laughed out loud and proceeded to mess up the shot with the Steadicam. I asked him to take less popcorn for the shot.

After the lobby sequences we moved into one of the auditoriums. The Cinemagic folks were kind enough to close down one of the theaters for the evening so we could film uninterrupted. We shot on a Monday so as to minimize the impact on their business.

Once we completed the auditorium shots, we moved outside. I brought lots of extension cords so I could avoid bringing a generator on site to power the lights in the parking lot. You couldn’t tell, but it was quite cold. Both actors were extremely professional – not one complaint. Our little girl, Eva, was shivering, but she toughed it out through all the takes to complete the shot list.