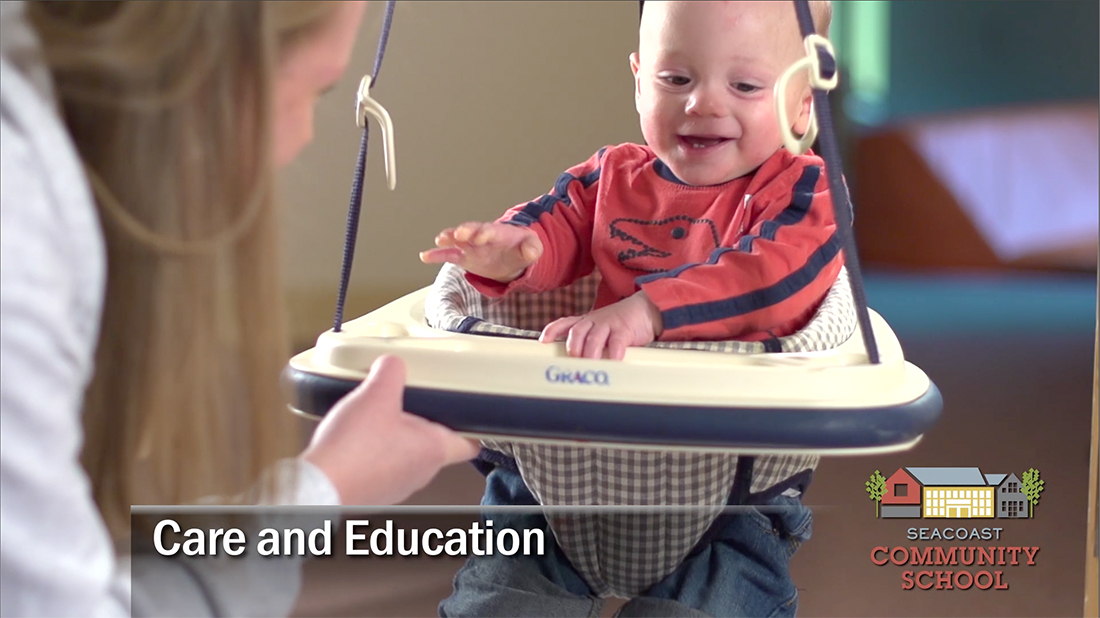 Commercial for the Seacoast Community School located in Portsmouth, NH.

The Community Child Care Center of Portsmouth recently changed their name to the Seacoast Community School, and, as part of the roll out, they wanted to produce a TV commercial to publicize their new name. The Comcast folks recommended me as a potential producer, and after meeting with the executive and development directors, they hired me to produce the spot.

In developing the script, I felt the piece would have a greater impact using slow motion footage of the children. This resonated with the directors. I wasn’t quite sure what speed would look best, so I decided to film everything at 240fps (frames per second). If the footage was found to be too slow on screen, I could easily bump up the speed in post-production. The downside with recording at this high frame rate is that the camera only captures 8 seconds of real time versus 16 seconds when recording at 120fps. Thus, you have a smaller window of opportunity to record the action. The trade-off seems subtle, but when working with children, it’s nice to just let the camera roll, then pick out the best pieces later during the editing process. With capturing at 240fps however, you need to decide right then and there what you want to save. On the surface this sounds straight forward, until you realize it takes 80 seconds to save the high-speed footage. So, for every 8 seconds of actual action, you need to wait 80 seconds before you can capture another clip. On the bright side, this allows the on-screen talent to have a significant break very often, keeping them loose and not as anxious.

Having a Plan is Key

As with most commercial shoots, there was a fair amount of coordination required for the day of the shoot. Having a complete and specific plan gives you the best attempt at staying on schedule. This started with producing a story board for each shot, then creating a shot list. From these I was able to produce a schedule for the day that included exactly what time each set of children were required – you don’t want to burn out the children before you get to film them.

The opening scene was inspired by some photos I saw tacked on the wall in the infant room. The children were posing with the paintings they produced with their feet on a bouncy swing. It was absolutely adorable! So I thought it would be great to capture the infants creating these paintings.

The day of the shoot it was overcast and rainy. Fortunately, the rain held off for the few shots we did do outside – I didn’t want to coordinate a second shoot (the weather did not look favorable the entire week and the client needed the video completed as soon as possible). The directors located lots of towels so we could dry off the playground before the kids started playing on it.

As I was finishing up the shots on the playground, one of the parents suggested getting the woods in the background. As I considered how to do this, I noticed the kids playing on the zip line. I hadn’t seen this in action when I scoped out the playground originally, but I thought it would be a good idea to film. As it turns out, I got some great shots, and this wound up being the scene that closes the commercial. This goes to show that you need to be flexible and open to suggestions the day of the shoot. I was able to stop and consider the extra scene because we were on schedule – not behind – so I knew I had time to take the footage.