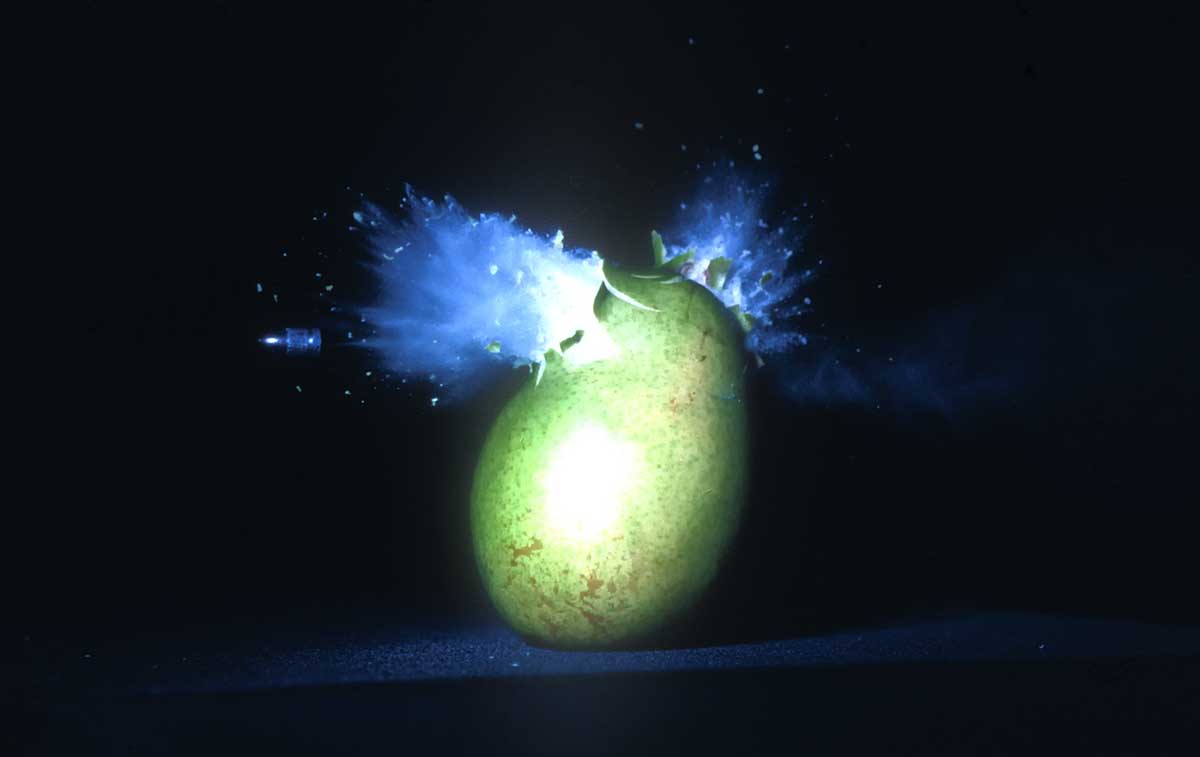 At the Rochester Institute of Technology’s Photographic Science and Instrumentation program freshman year, we were introduced to Harold E. Edgerton and high-speed strobes. (visiting “strobe alley” at MIT is a real treat). For our lab, the professor set up a 22-caliber rifle on a stand and aimed it towards a baffle to capture the bullet. In between was a stand where we placed various objects to fire the bullets through. Next to the stand we place a microphone to pick up the sound wave from the bullet. The sound wave triggered the high-speed strobe.

Several test shots (literally) were fired and a Polaroid camera used to tune the position of the microphone. Once the microphone was set and everyone’s camera was in position, we turned off the lights. Everyone opened their shutters to “bulb.” The gun was fired. The strobe went off. We closed our shutters and turned the lights back on. Of course, in the age of film, we had to wait until the film was processed to see how it came out. I used Kodak Kodachrome slide film. 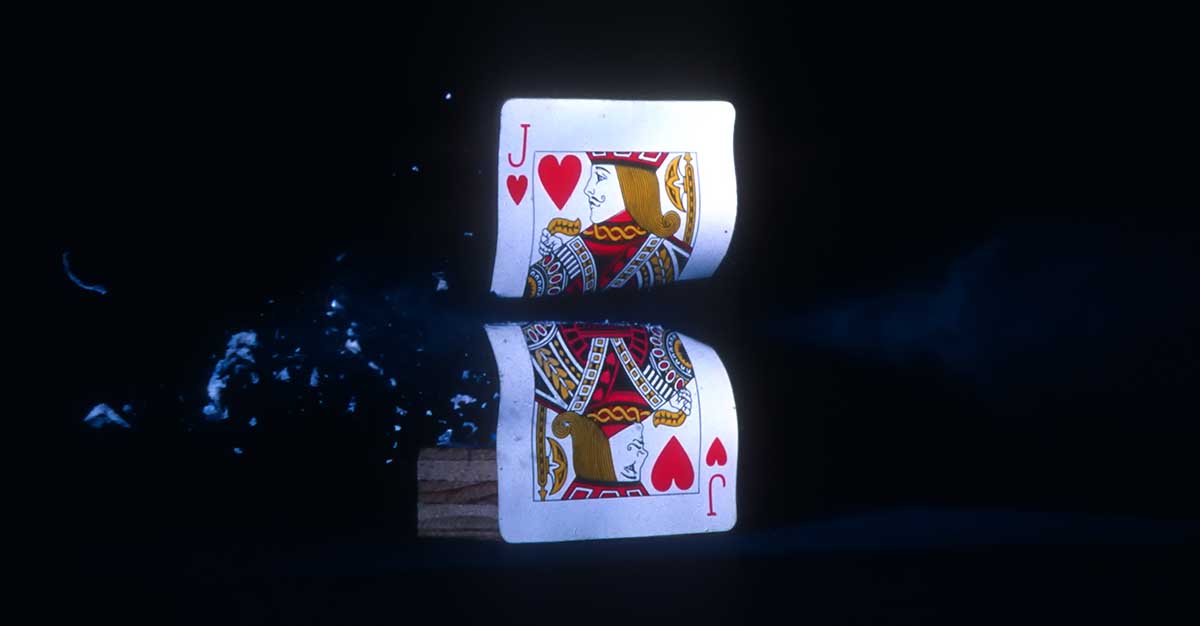 High-speed photography with playing card circa 1978.

Today many people have been experimenting with high-speed food photography, and have produced some truly wonderful imagery, so I decided to run an experiment to see what I could achieve with off-the-shelf studio strobes.

After a few test shots, I was very excited to see that the strobe lights, although not rated for a very fast burst of light, were fast enough to freeze a splash. I didn’t have any special microphones or sensors to fire the strobes based on the falling objects. Rather, I used a bit of experimentation to drop an object by hand and click the shutter release on the camera myself. To get repeatable results, using a sensor to fire the camera and/or strobe would be much better.

Before shooting, I figured I would have to use Photoshop to composite the final image. The first image would be something heavy being dropped into the heavy cream (milk is too thin). This is to produce a nice, large splash. Then a second image would be taken with the cookie falling into the liquid which produces a smaller splash due to its light weight.

A Little Bit of Luck

However, I got very lucky.

The last cookie I dropped created a wonderful splash all by itself, so I didn’t need to composite the cookie onto a splash.

I did composite the bowl onto a better background. You can imagine the mess that would result from dropping the various objects into the cream. You can see from the source photos I placed the bowl in an aluminum pan surrounded by paper towels. The background plate was taken afterwards with an empty bowl on the burlap.

To add more drama to the final composite, I added another cookie shot dropping into the dish that I took way too early before it hit the cream.

Next up: Slow motion motion video with food. 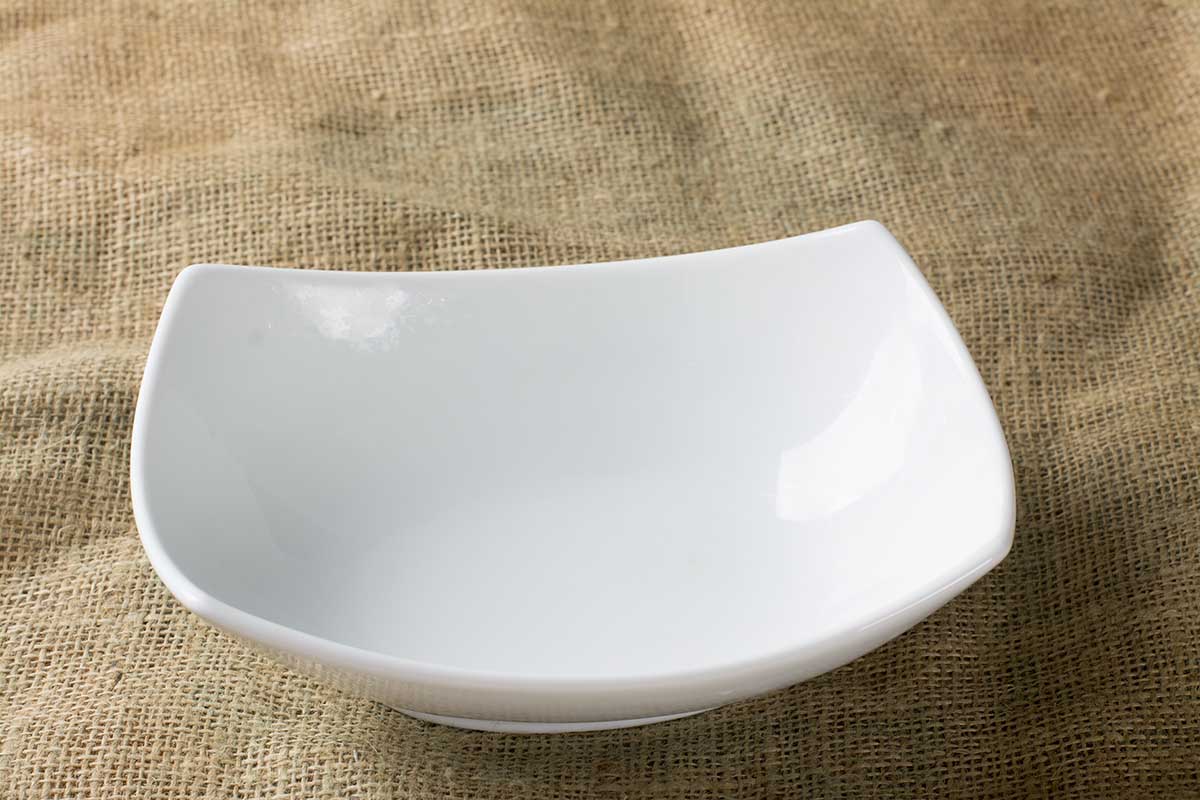 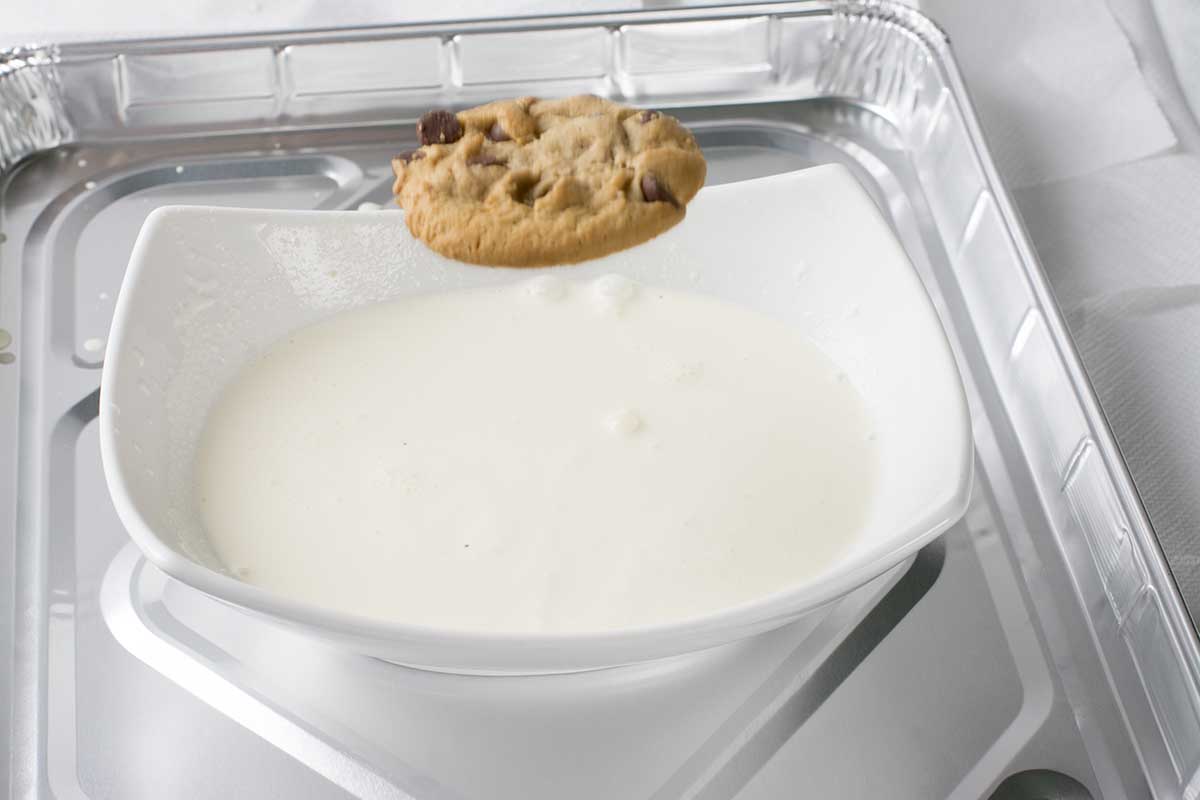 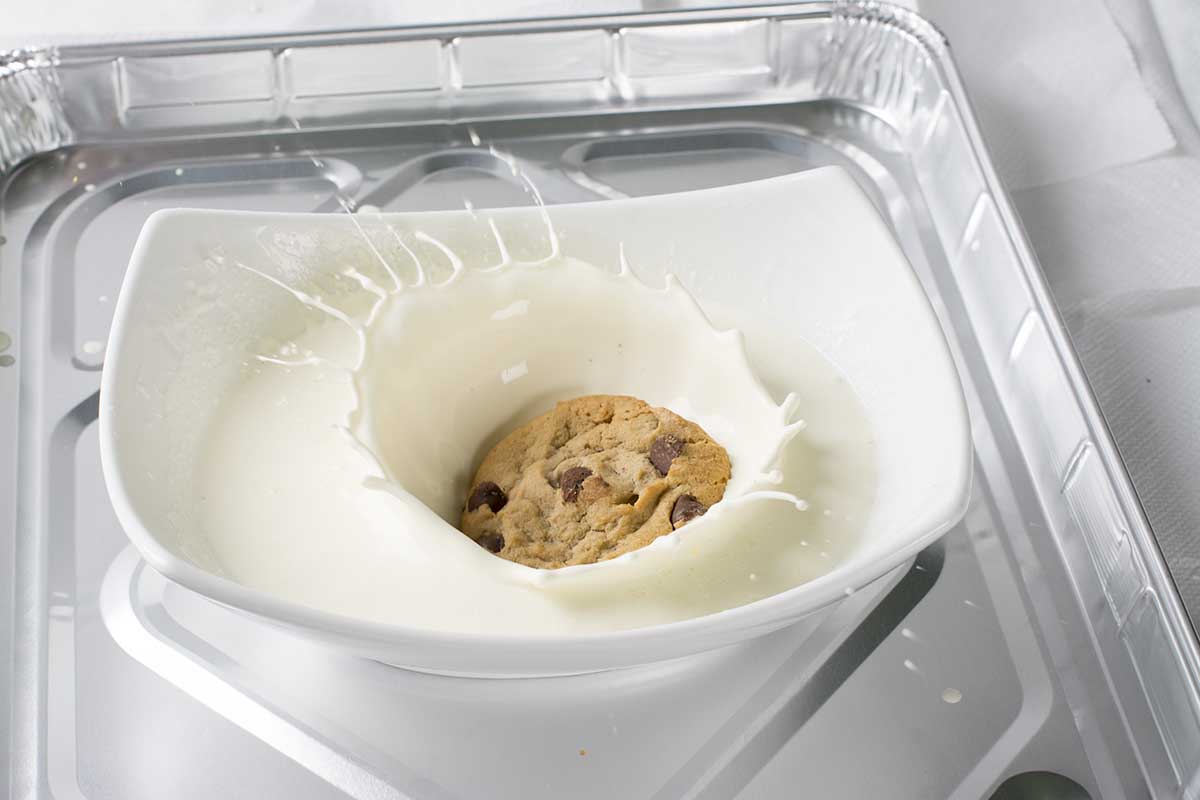 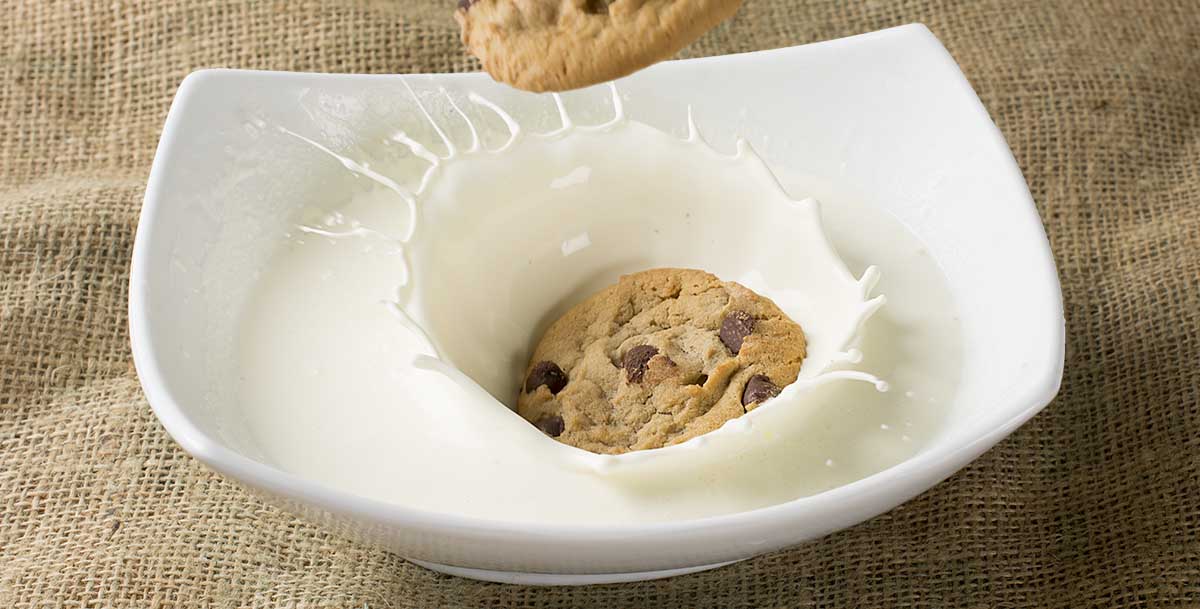