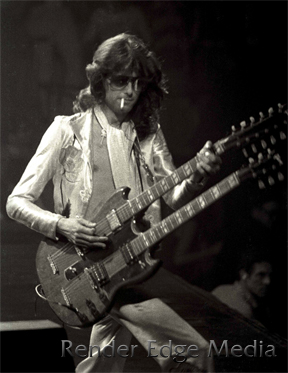 I was a Junior in High School when Led Zeppelin booked Madison Square Garden in New York City for a week of concerts in June of 1977. We were able to score tickets because they were sold by mail order – the promoter’s brilliant plan to circumvent the scalpers from getting the best seats. The downside, of course, was that we had no control where our seats would be. To our great surprise we received seats in the first tier of the Garden right next to the stage (stage left). Simply awesome seats! The last photo below shows the perspetive of where we were.

I shot Tri-X, Kodacolor II, and Panatomic-X. A whopping three rolls of film! Today I would easily snap off a thousand shots at a concert. Boy, how times have changed. 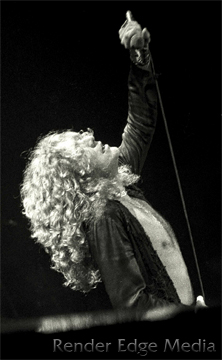 I had a 50mm and 200mm lens and my Dad’s Pentax body. Looking back at the photos now, I’m disappointed to see blurred shots and the graininess of the film. I kept the negatives in plastics sheets, but they still had tons of scratches and dirt on them. I discovered that the anti-scratch software on the Nikon Coolscan 4000 scanner would not work on the black and white images at all, so these shots were cleaned up entirely by hand – not the most fun Photoshop work.

I was amazed to see how much information there is on the web for this specific concert date. Personal accounts. Photos. Even audio from the entire concert! All these years I had no idea.

The first black & white photo of Jimmy Page was just as the show opened with “The Song Remains The Same” playing his famed double-neck Gibson guitar and sporting nice, blown-dry hair (that didn’t last long). The color picture was taken during his extended guitar solo towards the end of the show. You can’t see it, but he is wielding his bow above his head. During the solo he was touching the laser beam that was passing over his head. This scattered the light all over the arena. I remember at the time thinking it was a very cool effect and a novel use of the laser. 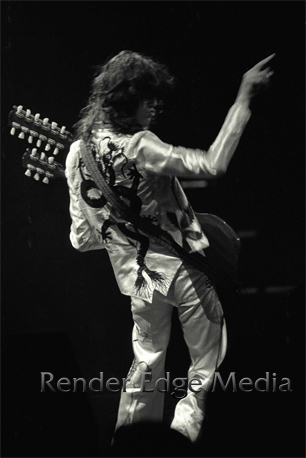 I know people might find this hard to believe, but I found the concert to be both one of the best shows I ever saw while also having the distinction of being the most boring at times (during the extended keyboard and drum solos). I think I would have appreciated those moments more now. Back then I was probably more interested in just hearing what I was familiar with from the albums. With age I’ve come to appreciate and enjoy the improvisation more.

I remember at the end of the show that the lights came up in the arena and no one left. The crowd continued to scream loud and unabated. After what seemed a VERY long time, the lights cut out and Jimmy starts playing those great notes from the beginning of “Heartbreaker.” In looking at the play lists for all the shows during the week at the Garden, they didn’t play this every night, so I think it was quite special to see them perform it. Great way to finish a Led Zeppelin concert.

I hope the die-hard Led Zeppelin fans find this article so they can enjoy the photos. I have more to post if there’s any interest.

Go here for more first-hand accounts for this concert. 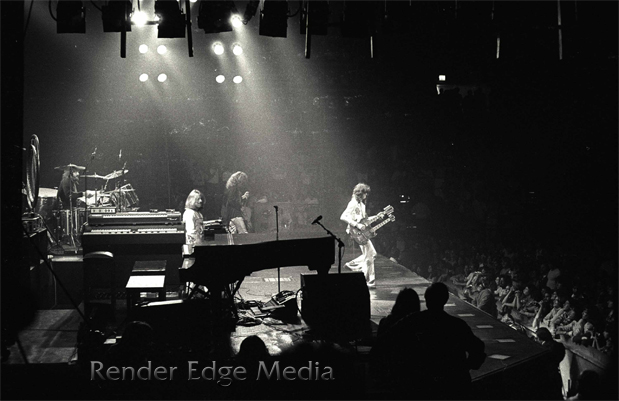