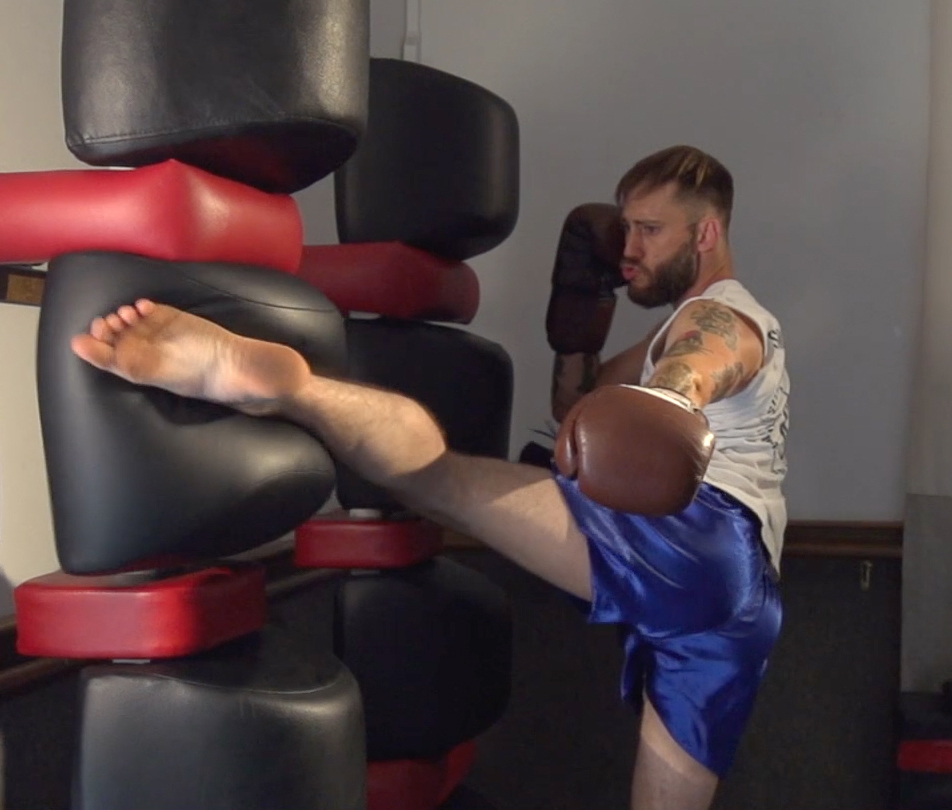 Sonny Charles is a former U.S. Marine Corps Battalion Intelligence Scout / Hand-to-Hand combat instructor who opened his own workout gym in 1997. Over the years he found the equipment on the market to help train hand-to-hand fighting always fell short in one aspect or another. So, he decided to design a better mouse trap. The result: Ukeman (pronounced “uke-e-man).

Sonny is looking to license the Ukeman design to a manufacturing partner, and needed a couple of videos to help show off the its capabilities. As you can see in the video, the Ukeman is not portable, so a video is really the best vehicle to educate potential partners. 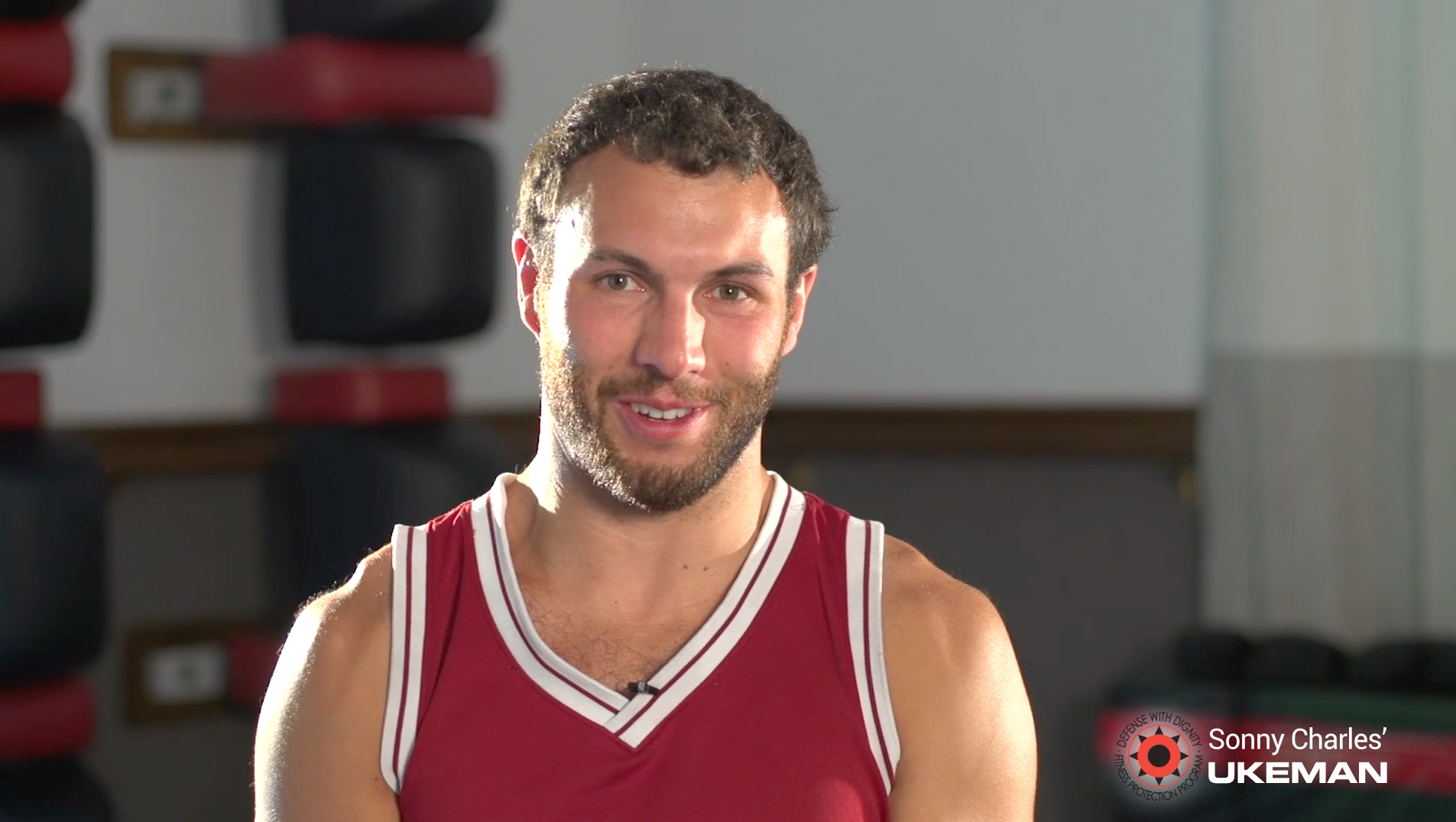 To show off the equipment, Sonny enlisted the help of a couple of MMA fighters. These guys were a joy to work with. I wrote a script for them to recite to ensure we got the “right” messaging for the video, but I also created a set of questions for a 60-Minutes-style interview geared towards eliciting similar responses. It turns out their interview responses were far superior to what I had written because their words and performances came across as very genuine, so I used those for the video. It was a little more work in post-production because I had to study, select and edit the responses to make them fit the desired narrative, but I think the results were well worth the effort.

After giving the fighters an outline of how the video was going to use various angles and slow motion effects of them working out, I basically let them have at the Ukeman as they normally would. The fighters worked out in 1 minute bursts while I captured them with either the FS-700 or a GoPro Hero3 Black Edition. I took advantage of the FS-700’s 240 frames per second slow motion mode for footage of both the fighters in action and the spring-loaded response of the equipment. I used the GoPro because I wanted to place the camera in between the Ukeman’s pads for a more direct angle, and the FS-700 was just too big to mount there. I also used the GoPro for the shots from above since it was quick to put the camera there versus creating a rig for the FS-700. 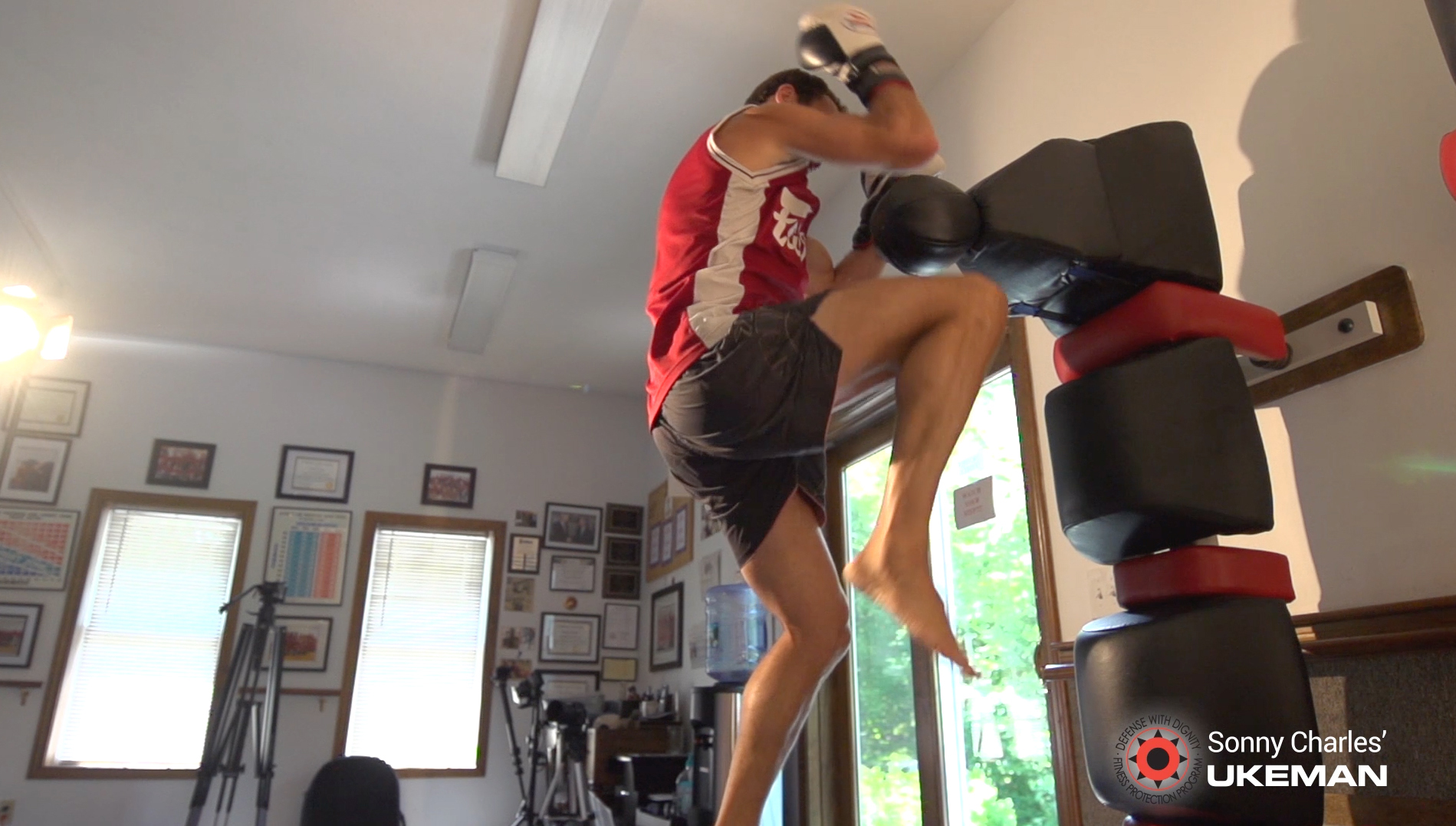 MMA Fighter Michael Pennini working out on the Ukeman.

Sonny was very happy with the resulting videos.

Elliot was great! He was very easy to work with and he did a fantastic job with the finished videos that he did for us! He knew exactly what we wanted and did what we asked of him!! We’d definitely have him do more work for us in the future!

Below is the final video with the MMA fighters. Here’s the link the complementary video we also produced for Sonny – Sonny Charle’s Ukeman