Vincent Laforet on How, When and Why to Move the Camera 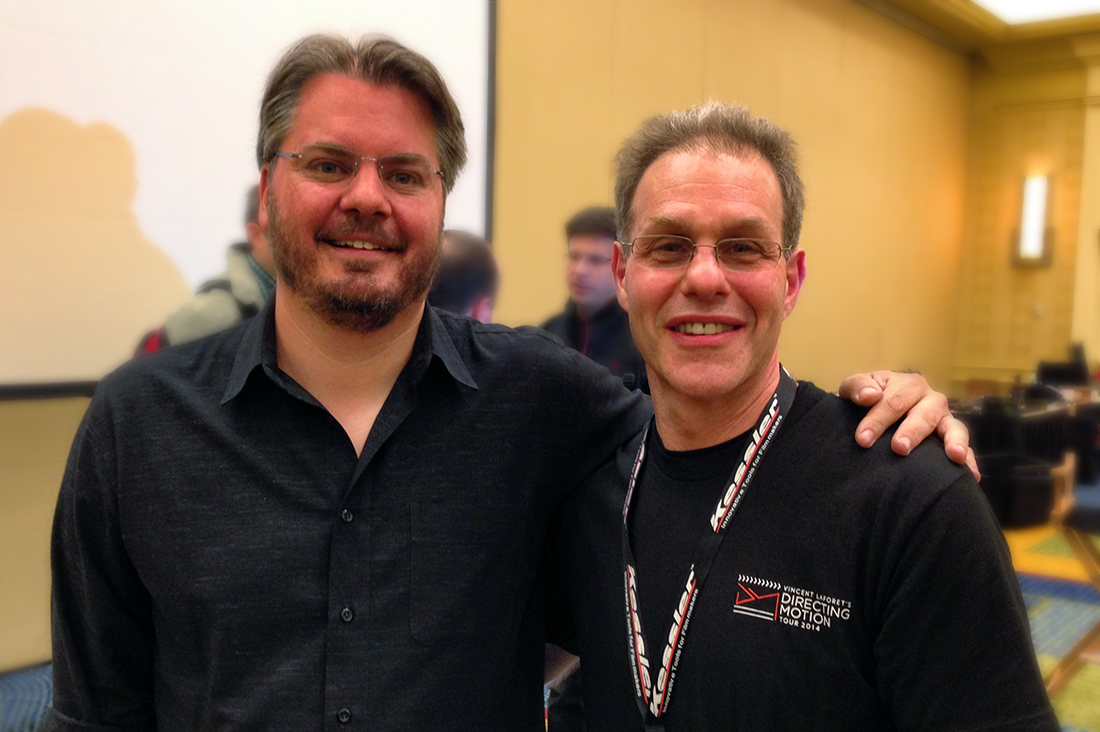 Vincent Laforet (laforetvisuals.com) is a world renowned photographer and cinematographer. He is a three-time winner at the 2010 Cannes Lions International Advertising Festival, is a DGA director and Pulitzer Prize-winning photographer. He produced the first 1080p video shot with the Canon 5D MKII in 2009 (Reverie) which opened the door – and minds – of cinematographers all over the world as to what was possible with equipment that was easily within their reach.

The workshop covers both theory and practice. Vincent takes us through the language of cinematography – complete with examples from the masters like Spielberg, Scorsese, Coppola and Hitchcock – then demonstrates its use during a practical, live video shoot which attendees get to run the camera, pull focus, move the dolly and man the boom microphone. This isn’t just for fun. The footage is captured, edited and the result shown during the evening session. He does the shoot with the latest gear on the market in front of an actual set. However, he also demonstrates that you can pull off the same scene with a low-budget set up and achieve very good results. Quite eye opening to those who may be unsure if they can produce quality cinematography with the gear they can afford. 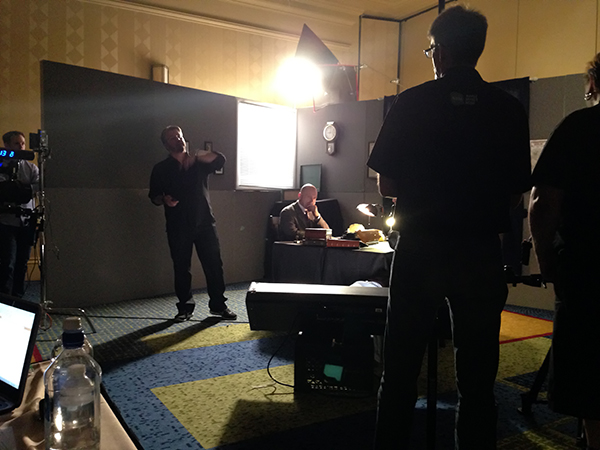 Vincent Laforet directing a scene from Schindler’s List during his Directing Motion Tour 2014.

I described the experience as “humbling” because I found myself guilty of some of the cinematography sins he pointed out during the workshop. The big message for me was motivated versus unmotivated camera movement. Quite simply, the camera should only move when something causes it to move. Making a camera move just for the sake of movement (“eye candy” as it’s commonly referred to) does not move the story forward. Vincent did point out that in a 30-second commercial, eye candy is important, so unmotivated moves could be used, but after seeing how properly executed camera movement enhances the story, I left convinced to make sure I follow the practice of motivated movement in my work going forward.

Through a random draw, I was fortunate to be selected to have a lunch portfolio review with Vincent (insert loud “awesome” here). I strung together seven 30-second commercials and one long-form website video to show him. We started by talking about my business and how to make it grow. One key piece of advice was to make sure I don’t loose sight of the smaller customers. If you drop them to concentrate on bigger clients, you won’t have anything to fall back on when the big ones go away.

I really enjoyed hearing Vincent’s critiques of my work. It’s quite special when you know you are hearing opinions form someone who has a great eye and tons of experience. Vincent had some nice things to say about my work (thank you Vince!), but he also took the time to show me the finer details on how to make the videos look more cinematic (as opposed to amateurish). Some great takeaways were using less slides (moving the camera left and right) and doing more parallax shots (moving the camera from side to side while counter-panning the camera to stay on the subject) and pulls and pushes (moving the camera directly towards the subject or away from the subject). He also added some lighting tips and wanted me to cut faster (that is, have shorter clips) to keep the pace up.

A Trip With Nike

One of the elements of the evening session was Vincent taking us through from beginning to end how he produced the last Nike commercial featuring Kobe Bryant, Ashton Eaton, Richard Sherman, Allyson Felix, and Mo Farah.

What a whirl wind! From the first e-mail asking Vincent if he was interested in the project, through the quoting process, the story boarding, the tests, the body doubles, and how to maximize the precious little time he had with the athletes, the story was very compelling and insightful.

Particularly interesting to me was how his initial vision for the commercial had to change after conducting shot tests with a high-speed camera. There was also the complication that the athletes were very fast – creating issues with how to track them. For instance, a Steadicam operator would not necessarily be the best choice to stay ahead of an athlete running around the track at full speed.

It was a rare glimpse into the world of big budget, household name brand commercial production. There were many hurdles he had to overcome which he highlights in great detail. If you can’t go to the day time workshop, it is certainly worthwhile attending the night session if that’s all you can get to.

If you have the chance to attend Vincent’s workshop and were perhaps on the fence about it – don’t be. Just go. You’ll have a great time, get to see and play with the latest gear (including the MoVI), gain insights into why and how to use camera movement, and realize that you’ll never watch film or television quite the same again.