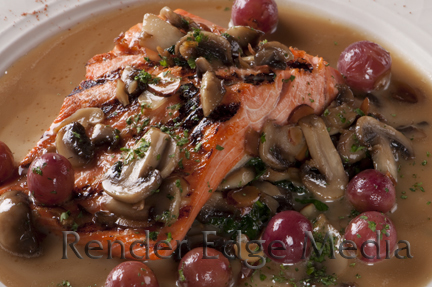 Yesterday I filmed a series of instructional videos and captured food beauty shots for Chef Andy Fass, owner of Amelia’s Restaurant (www.ameliasgainesville.com) located in Gainesville, Florida. Our goal with this client was to create compelling website content that will attract people to come to the website, come back often, build his brand and reputation, and, ultimately, convert website visitors into customers . The videos consisted of Chef Andy teaching people how to create classic Italian dishes, insightful cooking techniques, how to determine food quality, and communicate his restaurant’s cooking philosophy 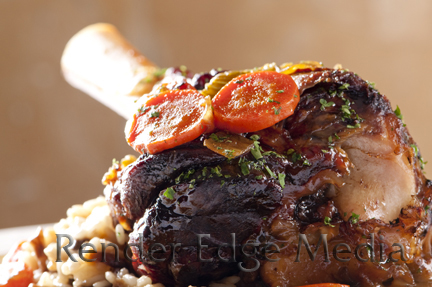 Audio-wise this shoot was also a challenge with the refrigerator and fan motors whirring constantly in the background. We recorded Chef Andy with both a lapel lavalier microphone and a boom microphone handled by a roving technician. We also have the audio from the Steadicam camcorder which recorded the audio using its built-in mics. We monitored the audio as we shot, adjusting the levels as required, so we expect to get excellent resultant audio from mixing the various sources. 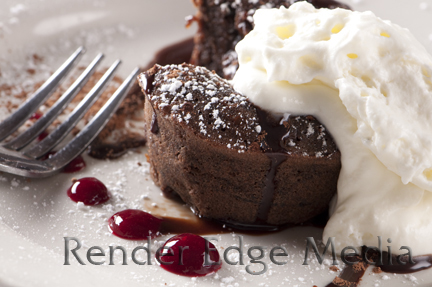 For the still photography, I set up studio strobe lights on site in a corner of the restaurant. As Chef Andy completed the meals for the video, we then paused the video shoot to take the still images of the food.

As consistent with our trademark, all the food beauty photography was executed on the dishes just as they were prepared by the chef. Nothing inedible (or even edible, like oil) was added or spayed onto to the food. They represent the precise dish created by the chef that was created in the video footage.

It’s great to see the positive reaction to the still images of the food as I take them even though the plated food is right there in front of them! It just reaffirms that the true drama and beauty can only be brought out with the proper balance and direction of the food itself, the lighting, mirrors, and reflectors. 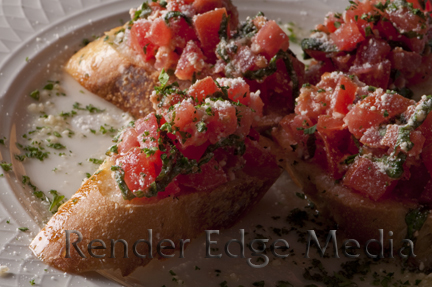