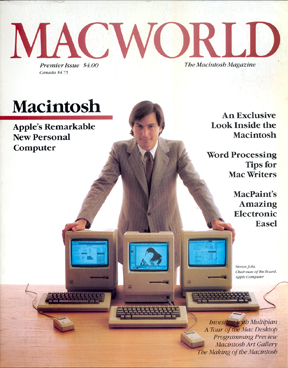 Steve Jobs on the cover of the debut issue of MacWorld in 1984.

The passing of Steve Jobs gave me time to reflect on how much he impacted my life. From the Apple II through the iPad, I have used Apple products to for fun and for work. But the seminal moment had to be when I saw the Lisa computer. Up until then, figuring out how to use an application on a computer meant spending hours pouring through the manual then spending countless hours with trial and error on the computer itself. With the point-and-click metaphor and menu system that all went away. I was an instant fan. But the price tag was ridiculous. Of course, what then happened was I was introduced to the Macintosh. I bought one of the first 70,000 made. Even painted it, along with the keyboard and the mouse.

I loved MacPaint. What a fun way to express yourself! I remember spending hours tuning each pixel to get my paintings just right. I even had two of them published. The first was this parakeet painting in MacWorld’s November 1984 issue and the Frankenstein Monster in MacUser’s June 1986 issue. I remember lamenting sending MacWorld the file on one of those 440KB floppy disks because they were so expensive. MacUser didn’t ask for the file. They just printed the hard copy I sent them. They even colored the face green (a nice touch). 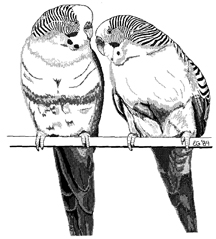 Apple Has Been a Lifeline

I’ve continued to draw and produce creative content on Macintosh computers. Today, I use Photoshop, After Effects, Adobe Premier and a host of other applications to help clients sell their products or services. I also use the iPad to show this work to clients when on sales calls. Simply put, I cannot thank Steve enough for what he has allowed me to do. The world has lost one of the great influencers it has ever seen. I expect his legacy will live on forever. 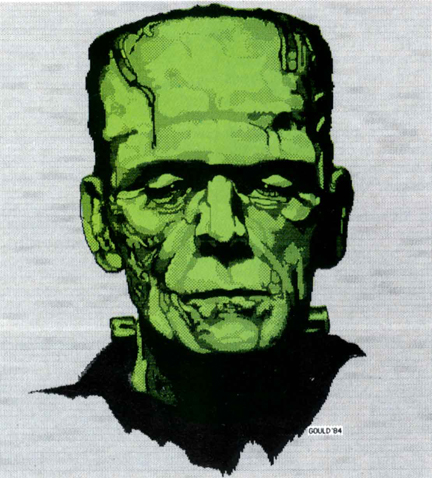