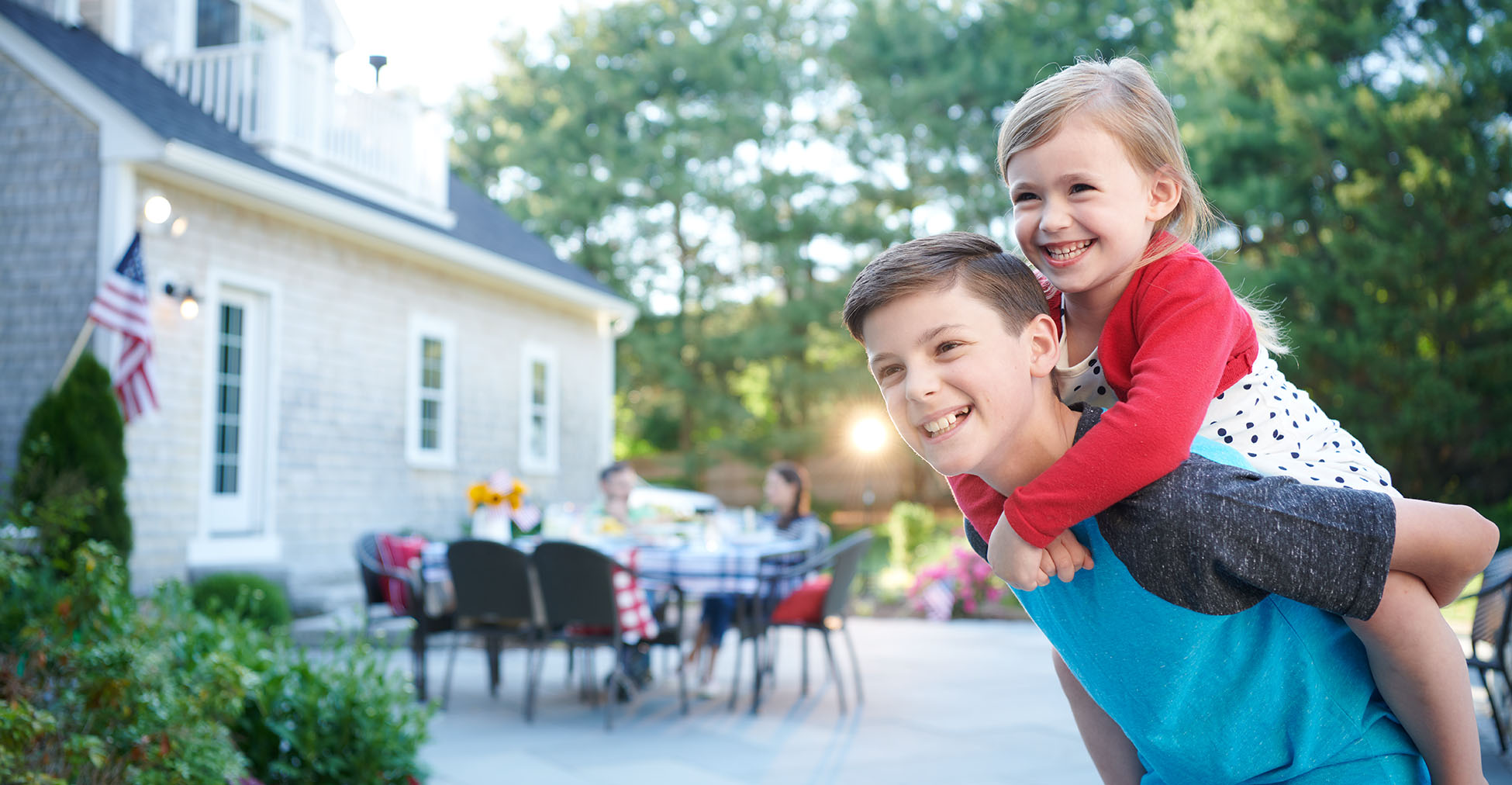 A combination video and photo shoot for LEDVANCE.

LEDVANCE was creating a new campaign – “The American Way of Light.” It’s what I would describe as a “feel good” campaign designed to emphasize Americana – an American family, USA pride and that their products are made in the USA with USA and global parts.

The original spec was based around a set of visuals LEDVANCE wanted to invoke – basically a family in and around their home. For the photographs, they wanted to bring attention to the lights by having them flare out as it made sense. Although this could certainly done in post, the client was interested in capturing the flares practically in camera.

Since regular light fixtures do not pump out enough light to flare out in the camera, we aimed a flash into the camera to achieve the flare. We gelled the flash to provide the warmth of a 3200K light source, and played around with the strength of the flash and angle until we were happy with the look. Then we started directing the talent and snapped away. 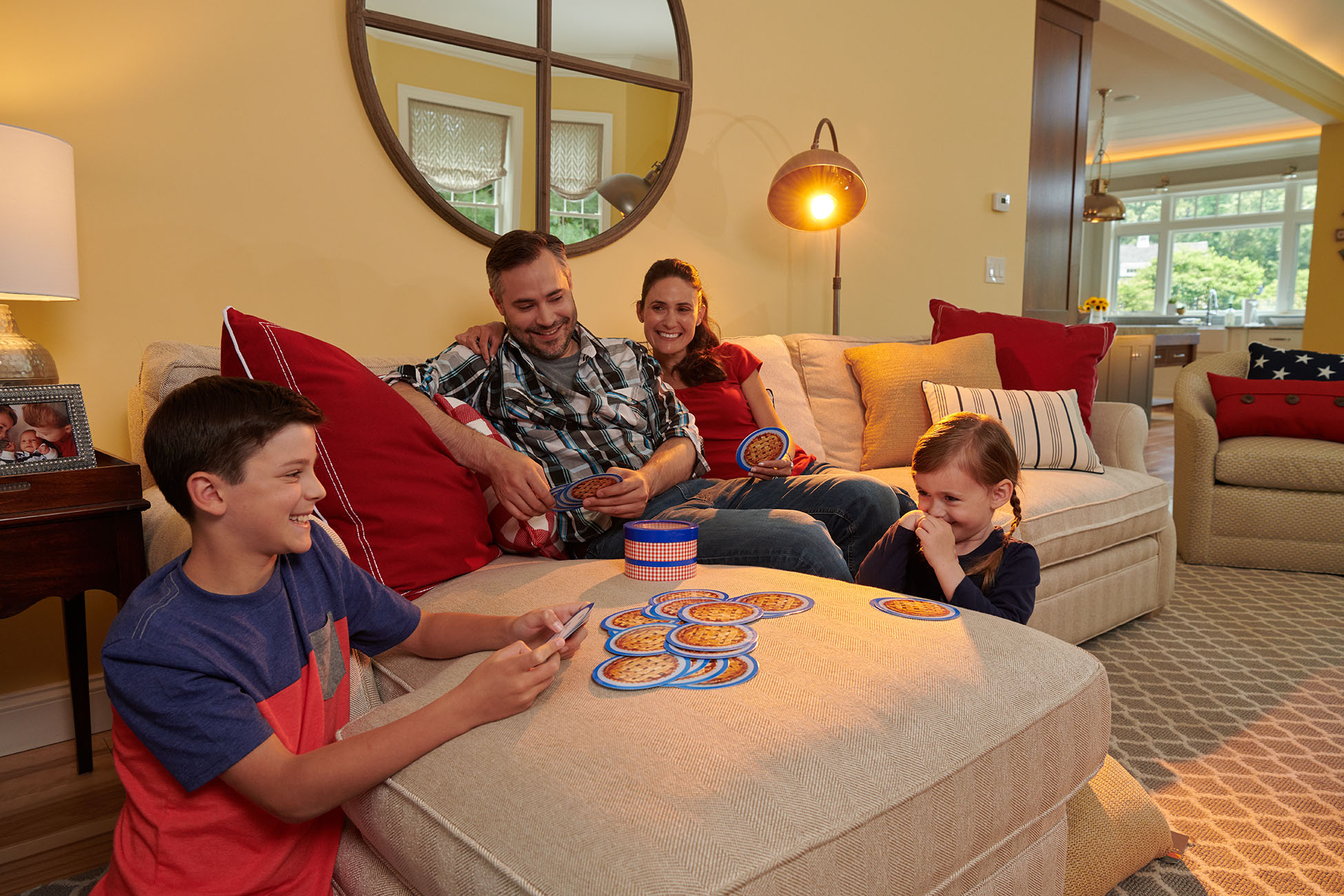 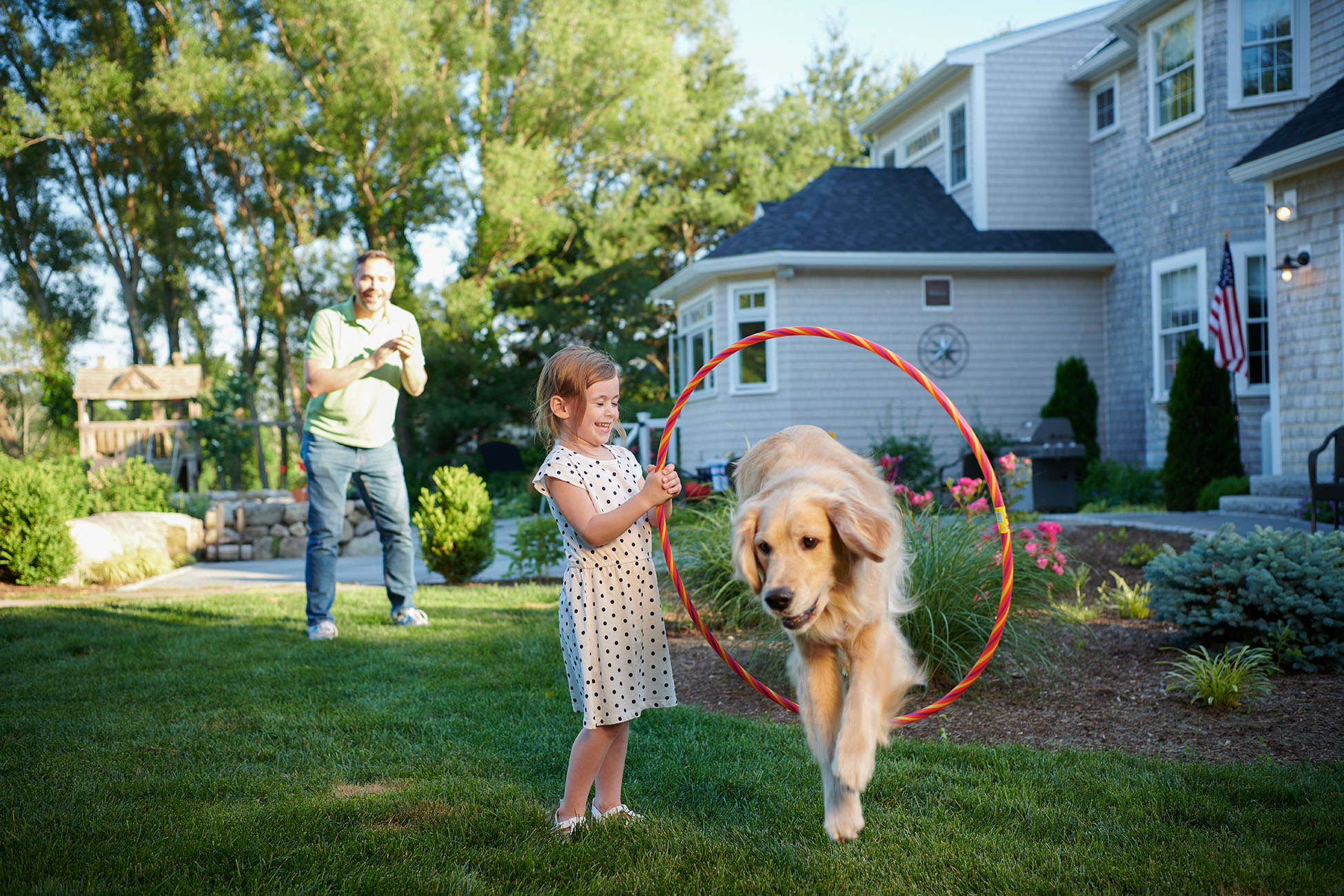 A trained dog and dog trainer were hired because, of course, a family needs a dog! At the end of the day, we were literally breaking down the equipment and the trainer came up to me and said “You know. Buddy (the Golden Retriever) can jump through a hoop.”

So we set the strobe back up, blocked out the scene, then had the trainer (just off camera) command the dog to jump through the hoop. The head of retail marketing at LEDVANCE called this “the money shot.” Just goes to show that you need to be flexible and on the look out for a great shot even if it’s outside the prepared shot list.

For the video, a marketing company created the script, and we were hired to execute the production. For consistency, the talent was selected to appear in both the photo shoot and the video, so we hired actors (as opposed to models).

On the day of the video shoot, the schedule was designed so it would be dusk for shooting the scene outside on the patio. However, a huge thunderstorm was rolling in at the same time. Ironically, this helped make the scene darker than it normally would have been at that time – which was great – but we were in a race against the rain.

The team in front and behind the camera worked efficiently to get the fourteen shots completed and the set cleared just as the rain started to appear. However, the urgency wasn’t without its hiccups.

With the rush to complete all the shots, I missed seeing the ketchup bottle being knocked over as the son placed the platter on the patio table. It was the only take we had from that angle and I wanted to use it in the final production. Thank goodness for shooting in 6K because I was able to deftly crop and shift the shot to hide the fact that the ketchup bottle was knocked over at 0:26.

The spot is intended to run as a pre-roll on American Airlines, and a part of the commercial will be included as part of a TV ad for a home supply store in the mid-West. 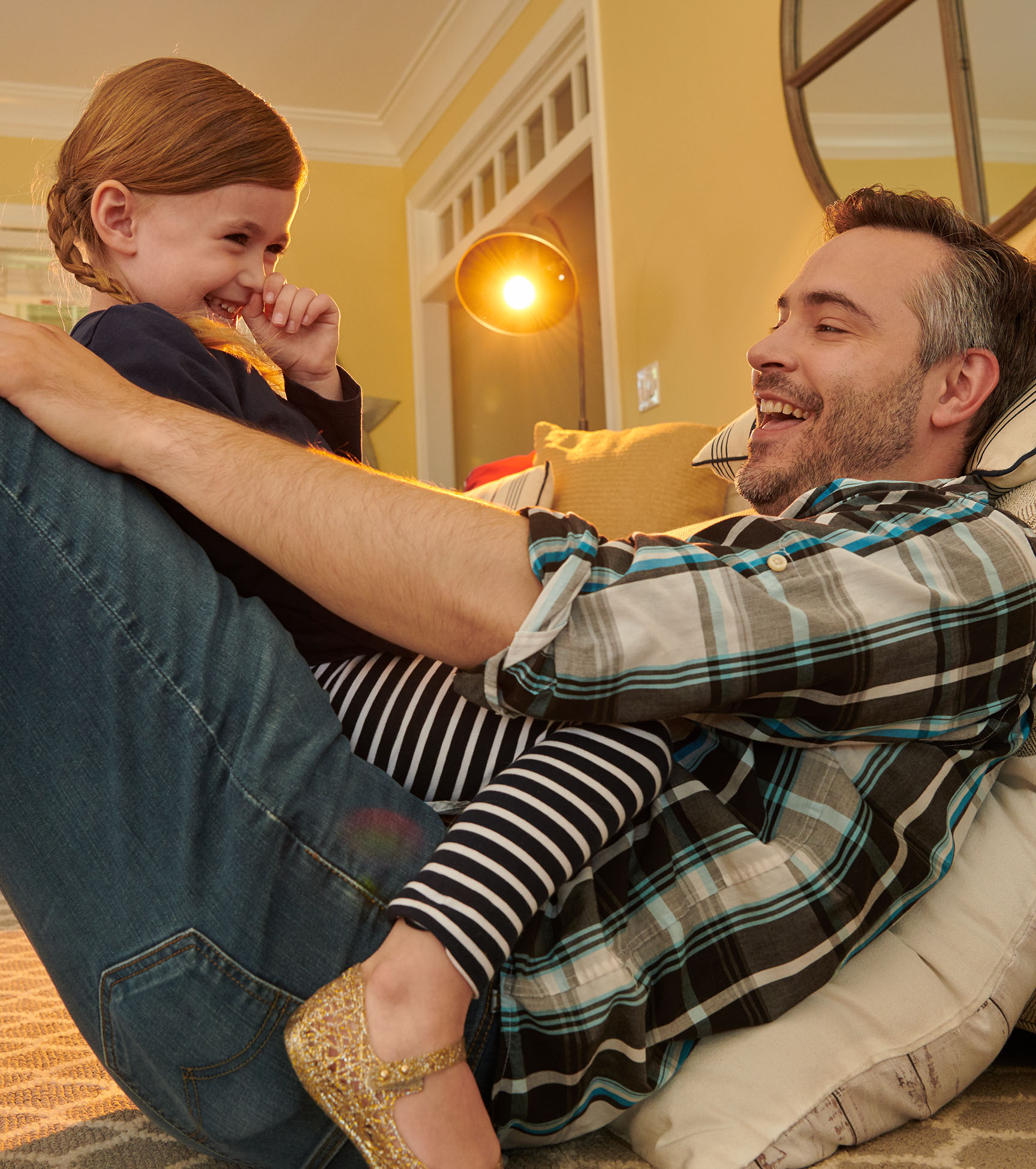