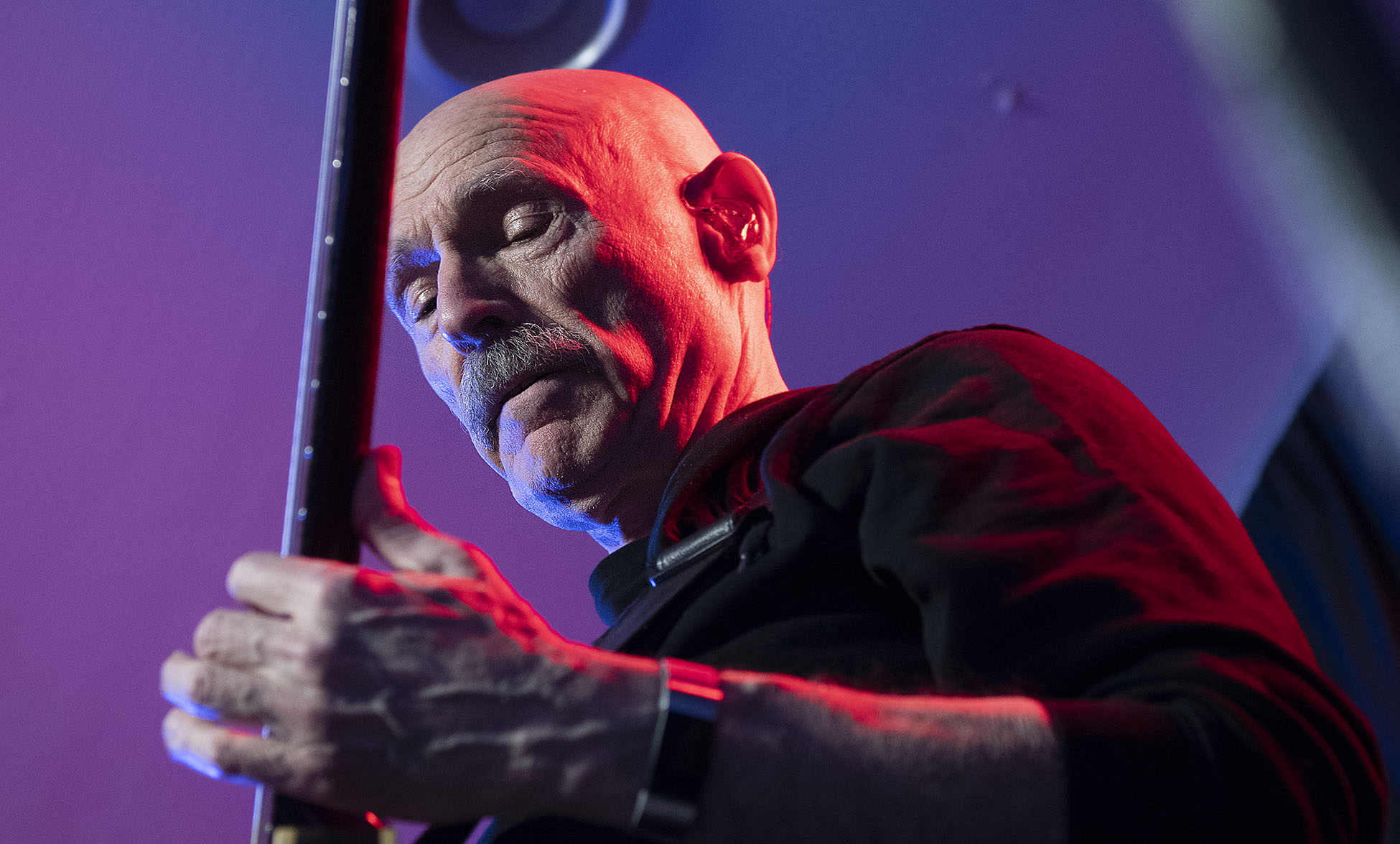 Tony Levin at the LoFaro Center of The Performing Arts, March 3, 2019

I had the honor of attending not one, but two private house concerts of the band Phil Keaggy, Tony Levin, Jerry Marotta and Mike Pachelli performing the album “The Bucket List” at the LoFaro Center of The Performing Arts.

Jerry LoFaro is an incredible artist. He is also a huge Progressive Rock fan. Over the years he has cultivated relationships with some of the most renowned musicians in the world, and lately he has been inviting them to play concerts at his studio.

I was very fortunate to connect with Jerry several years ago after I interviewed Jerry Marotta at the old Tupelo Music Hall. When Jerry started hosting house concerts, I volunteered to help. In particular, I wanted to use my video lights to light the stage. This was a purely selfish act mind you. I wanted good lighting for the photographs I was going to take. Jerry, also interested in improving the quality of the presentation, was happy to have the lights.

Yes. THAT Tony Levin of Peter Gabriel and King Crimson (and many others) fame.

Yes. THAT Jerry Marotta of Peter Gabriel and Orleans (and many others) fame.

Talk about a surreal experience. Being able to meet and interact with the band members on a very personal level was wonderful. Everyone couldn’t have been nicer and was very approachable. But the pinnacle was having unfettered access to experiment and take photos that cannot be done anywhere else. 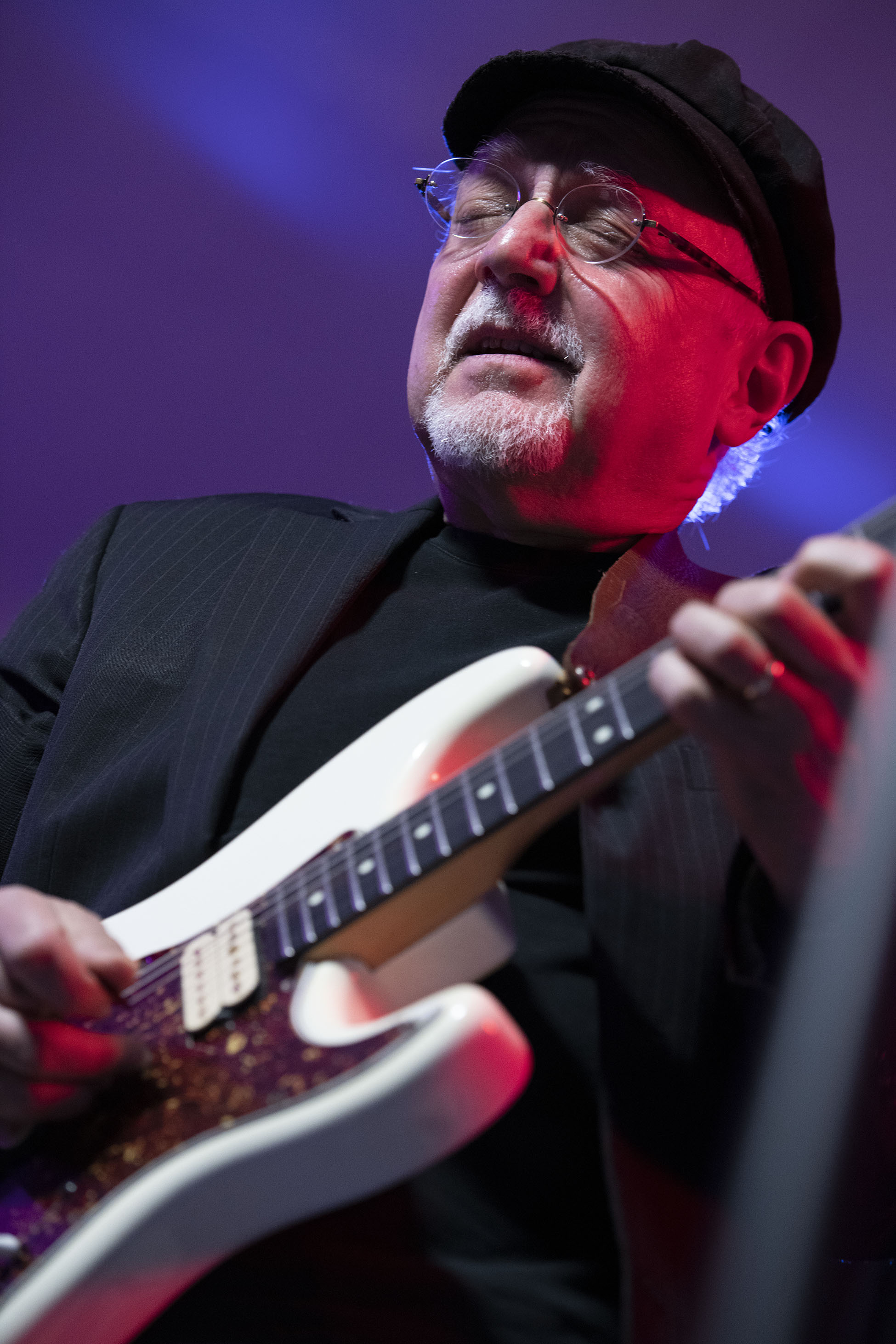 Phil Keaggy at the LoFaro Center of The Performing Arts, March 3, 2019 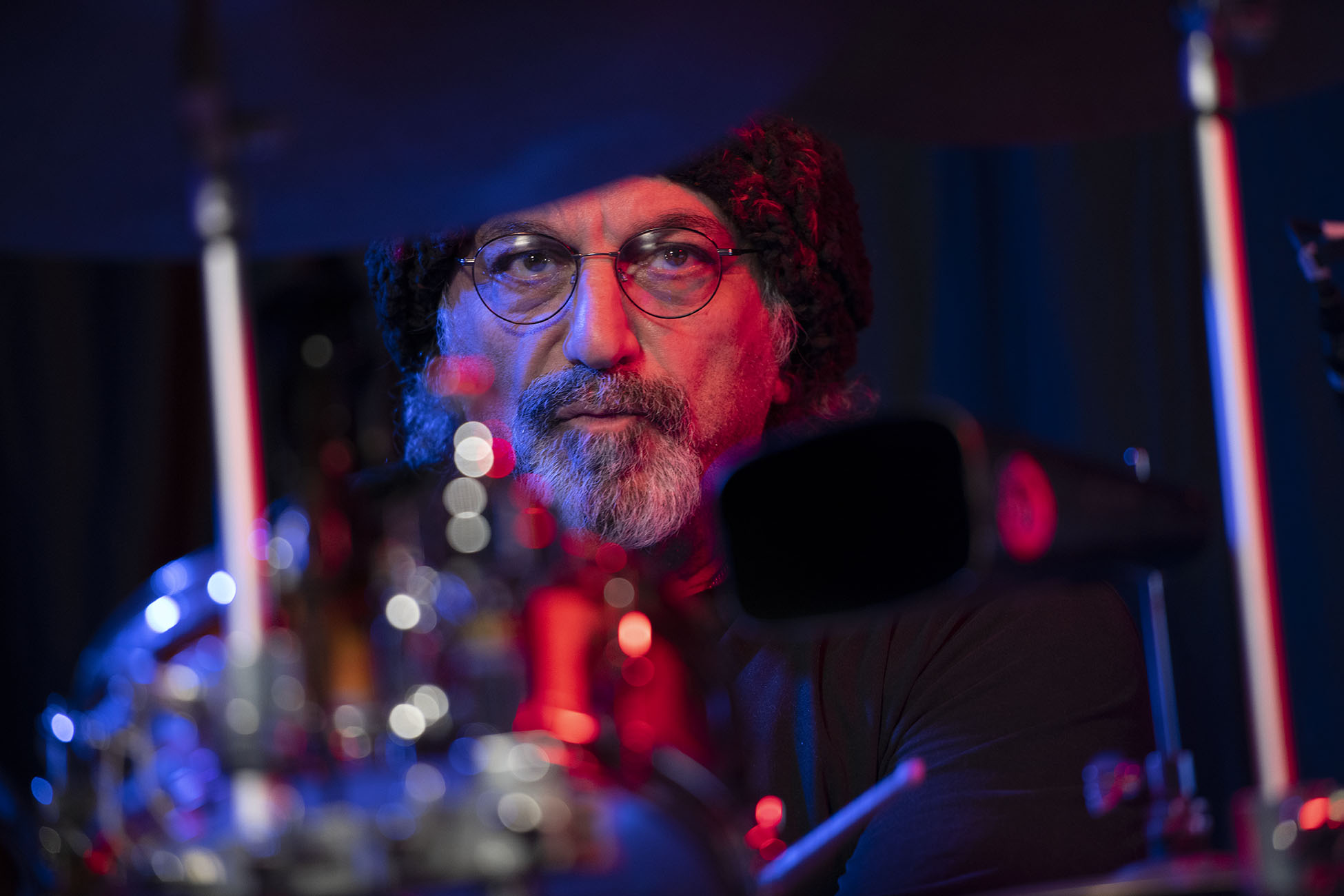 Jerry Marotta at the LoFaro Center of The Performing Arts, March 3, 2019

Probably the most extreme example of this access was laying down on the floor in front of the stage. The microphone stands are always a challenge at a concert. They often cross in front of the artist or cast nasty shadows. To get a clean view of Phil Keaggy, I got as low as I could to get around the obstruction. While I was on the floor I looked back at at Tony Levin, and saw this incredible view with the lights wrapping around him.

The shots I got from this angle were the cream of the crop.

Of course, there’s a “price” to pay for being extreme. Many of the concert guests enjoyed giving me a hard time for my antics. I know it’s all in good fun, and, frankly, it’s something I’m used to because I’m always laying on the ground trying to find a new angle to shoot.

On the day of the second concert, I had a great opportunity to experiment with video.

A.J. Chippero, the band’s manager, marketer and key crew member, asked the band to run through the song “Sometimes 11” twice during the sound check so he could take video on his iPhone and gimbal for a promotional video he was producing. I took advantage of the opportunity and also ran video. My thought was to combine the views from the two sound check performances as well as the concert to produce a “multi-cam” video of the band.

When my kids were in high school marching band, I used to film every performance during the football season, then combine all the views into a single video. The resulting production looked like a multi-camera shoot. However, this was a nightmare to produce. The band never played at the same pace, so all the footage was out of sync relative to each other. It was a true labor of love to meticulously sync the footage and decide which scenes to show. Even though it’s a lot of work, the result was great, so I thought I could do the same thing for “Sometimes 11.”

Because it’s a compilation, there are glaring continuity errors – like Phil Keaggy with or without glasses, or Mike Pachelli wearing or not wearing a jacket. Hopefully these changes are not too jarring.

A huge shout out to Robert Frazza, the band’s sound engineer, for providing me with the house mix for both the sound check and concert performances. The video simply would not be possible without the great audio because the audio from my DSLR was completely unusable – way over modulated. With the last-minute decision to film the song, I hadn’t given any thought to the audio. So, my sincere thanks to Robert for saving the day.

Lastly, thanks to A.J. Chippero for the GoPro footage – the view from up and behind the band. I didn’t have a wide shot of the band, so these clips filled in nicely to round out the video.

A Big Thank You

I have to thank my wonderful friends Jerry and Kathleen LoFaro for inviting me to their house concert, and for their incredible generosity and warmth to host everyone. These events are inspirational and unique, and very appreciated. Much love to them both! 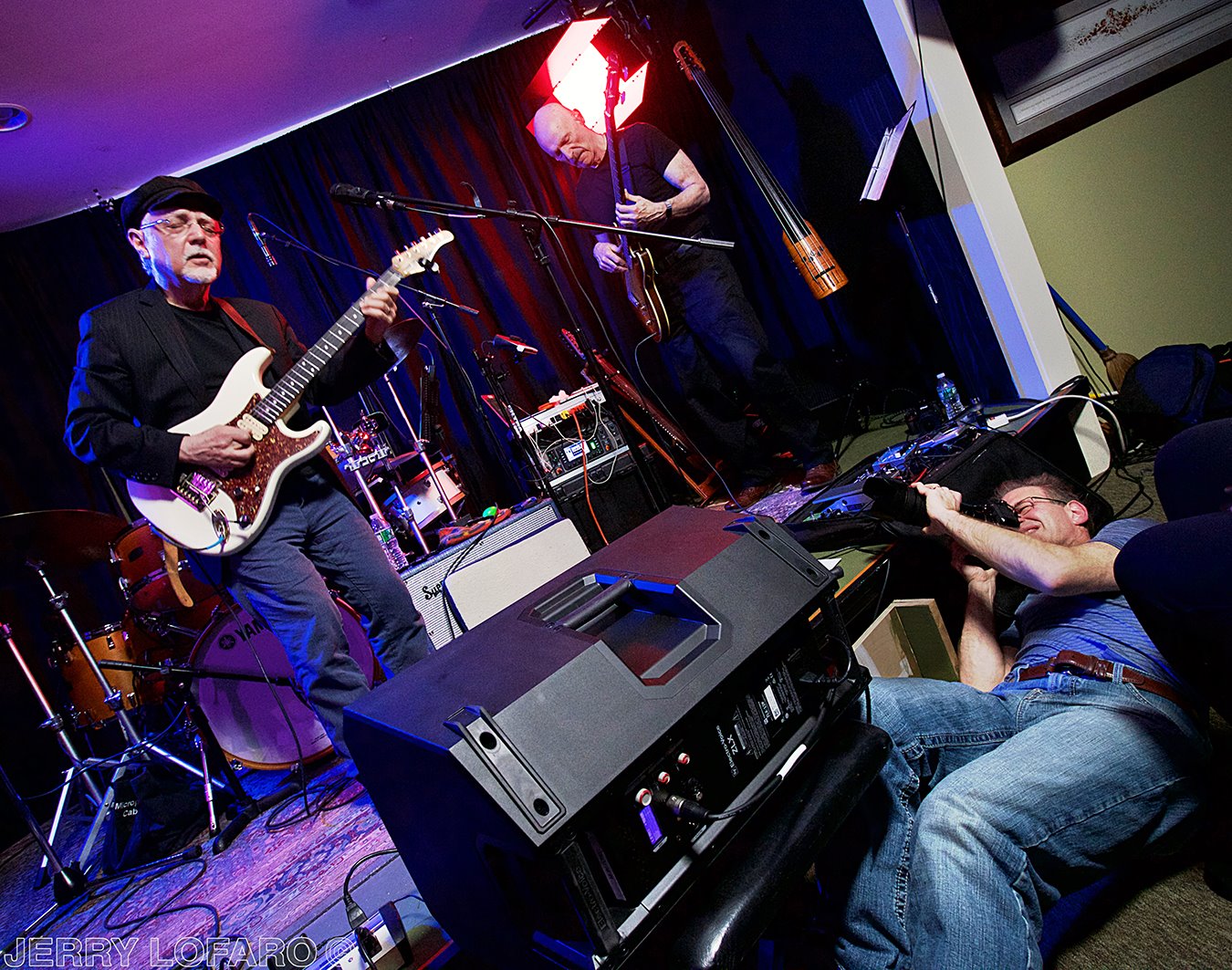 Compilation video of “Sometimes 11” consisting of two sound check performances and the concert performance on March 3, 2019.

Mike Pachelli and Phil Keaggy at the LoFaro Center of The Performing Arts, March 3, 2019

Jerry and Tony were very nice to sign prints of my shots of them. Jerry’s photo was from a Security Project concert and Tony’s was from the Gabriel-Sting tour. Phil signed a copy of his CD that was for sale at the show.

Below are a few photos from the two concerts. Enjoy!